If you have spent any time on the road, you have likely witnessed a car accident, and unfortunately, you may have even been involved in an accident yourself. Each year, millions of people are involved in auto accidents, and the National Highway Traffic Safety Administration (NHTSA) reported that in 2020 alone, more than five million total police-reported accidents occurred throughout the United States. Of those, more than 1.5 million involved injuries, and more than 35,000 involved fatalities.

Most drivers are cognizant of traffic laws and want to get to their points of destination safely. Still, accidents can happen for any number of reasons. You can protect yourself on the road by following the safe driving tips below. If you have recently been in a car accident that someone else caused, and you suffered serious injuries as a result, you can contact The Bruner Law Firm at (850) 243-2222, or contact us online to speak with us about your options for obtaining compensation. 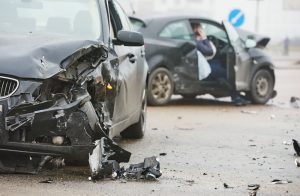 In addition to wearing a seat belt and driving under the posted speed limit, you can further reduce your risk of being involved in an auto accident by adhering to the following suggestions:

Don’t drive distracted – Since the inception of the smartphone, distracted driving has become a significant issue on roadways, and those who text or check messages on their phones cause a lot of preventable car accidents each year. However, texting is not the only form of driver distraction. Activities such as adjusting the radio or air conditioning, talking to someone else in the car, and even eating and drinking behind the wheel can take your focus off the road and lead to a collision.

Don’t drive while intoxicated – The dangers of drunk driving are very well-documented. Each year, thousands of people are injured and hundreds lose their lives in accidents caused by intoxicated drivers. In fact, the Centers for Disease Control and Prevention (CDC) states that nearly 30 people die each day in motor vehicle accidents caused by alcohol-impaired drivers. The agency goes on to state that drug impairment from both legal and illegal drugs contributes to around 16% of all auto accidents nationwide.

Maintain a safe distance – If you’ve ever had someone tailgate you while you’re driving, you know how annoying and unnerving it can be. Not only that, but it is also a dangerous behavior because it greatly reduces the tailgating driver’s ability to react and avoid colliding with the vehicle in front. The general rule of thumb is to allow a three-second gap between your car and the one in front of you so that you have time to slow or stop quickly or take evasive action to avoid a collision.

Drive defensively – One of the oldest rules of the road is also one of the most effective. You do not know what another driver is going to do, and you cannot control their actions. You can never assume a driver is going to turn because they have their turn signal on, and you cannot guarantee the other driver will not drift into your lane or make some other careless action to cause a crash. To remain as safe as possible, you should always scan your surroundings to anticipate what another driver may or may not do, and react accordingly.

Following these simple suggestions can help you avoid an accident and protect yourself on the road. Of course, it’s impossible to accurately predict how other drivers will behave on the road 100% of the time, and there’s always a possibility that, despite your best efforts, you could be involved in an auto accident. Contact us today. 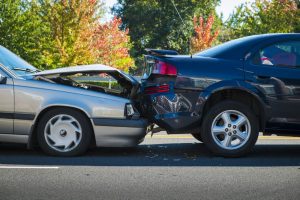 Contact Us Today if a Negligent Driver Caused Your Car Accident

There is the possibility that another driver who chooses to neglect traffic laws and the basic rules of the road can cause a crash that severely injures you or one of your passengers. If this happens to you, you have a legal right to pursue compensation for the injuries and losses you suffered.

Personal injury claims stemming from car accidents require the skills and knowledge of an experienced legal professional. At The Bruner Law Firm, you will find a team of some of the most knowledgeable and experienced personal injury attorneys in Florida. We have been serving the Panhandle region since 1992, and we have recovered millions of dollars in settlements and verdicts for our injured clients. To speak with us about your car accident and the injuries you sustained, feel free to contact us at (850) 243-2222 or through our website’s contact page. We offer a free consultation to all prospective clients.

If you have spent any time on the road, you have likely witnessed a car accident, and unfortunately, you may

Nearly everyone regularly uses some form of social media. On average, people who use social media spend approximately two hours